A cookie is information stored on your computer by a website you visit. Cookies often store your settings for a website, such as your preferred language or location. This allows the site to present you with information customized to fit your needs. As per the GDPR law, companies need to get your explicit approval to collect your data. Some of these cookies are ‘strictly necessary’ to provide the basic functions of the website and can not be turned off, while others if present, have the option of being turned off. Learn more about our Privacy and Cookie policies. These can be managed also from our cookie policy page.

IE10 and below are not supported.

We are preparing to start a second road layout trial in Knights Road, with an amended layout. The layout has been informed by community feedback and data from the first trial including concerns about the loss of on-street parking, and visibility getting into and out of driveways.

The purpose of the second trial is to test a layout that aims to provide safer journeys for all modes while making sure the road still functions well for all users.

What did we learn from the first trial?

Results from the first trial showed perceptions of safety improved. People have felt safer when using active modes of transport such as cycling to get to school and work. At the Waterloo Station intersection, our data showed drivers slowed down when approaching all pedestrian crossings and were travelling at more consistent speeds. The changes to the layout at this intersection made traffic flow more predictably and efficiently. Journey time for drivers down Knights Road remained unchanged overall.

The feedback from the first trial also showed that the community supports having a separate pathway to provide a safe space for people on bikes, scooters and other micromobility modes in Knights Road. However, the pathway separator did not provide enough separation and created some problems for some road users. The loss of on-street parking was a problem for lots of people during the trial. Another strong theme was the need for a better connection between the beltway, the central city and other shared paths and cycleways.

The trial of a new layout in Knights Road and a investigation boardwalk connection to the beltway is scheduled for late April until June 2021. Data and community feedback will be collected during May, and then a decision will be made in June about whether the trial layout remains in place, is adapted or is removed. There will be lots of opportunities for you to share your views about the trial, and we will keep you posted on that.

What are we trialling this time?

The second trial will provide a separated pathway on the south side of the road positioned between the footpath and the parking spaces. A one-metre buffer between the pathway and parked cars will be added and the median strip will be retained but reduced in width. The north side of the road will revert to the pre-trial layout. This illustration shows how the new layout will look.

There will be a small (50mm) raised kerb installed between the parking spaces and the buffer to provide a physical indication of the protected space.

This layout aims to:

Trial connection to the beltway

We are also exploring trialling a three-metre wide timber ‘boardwalk’ to provide a clear and safe link from the end of the current beltway to Waterloo Station and Knights Road. This should provide a safer route for pedestrians, cyclists and users of scooters, e-scooters, mobility scooters and wheelchairs. The proposed trial layout is similar to one in Nelson. 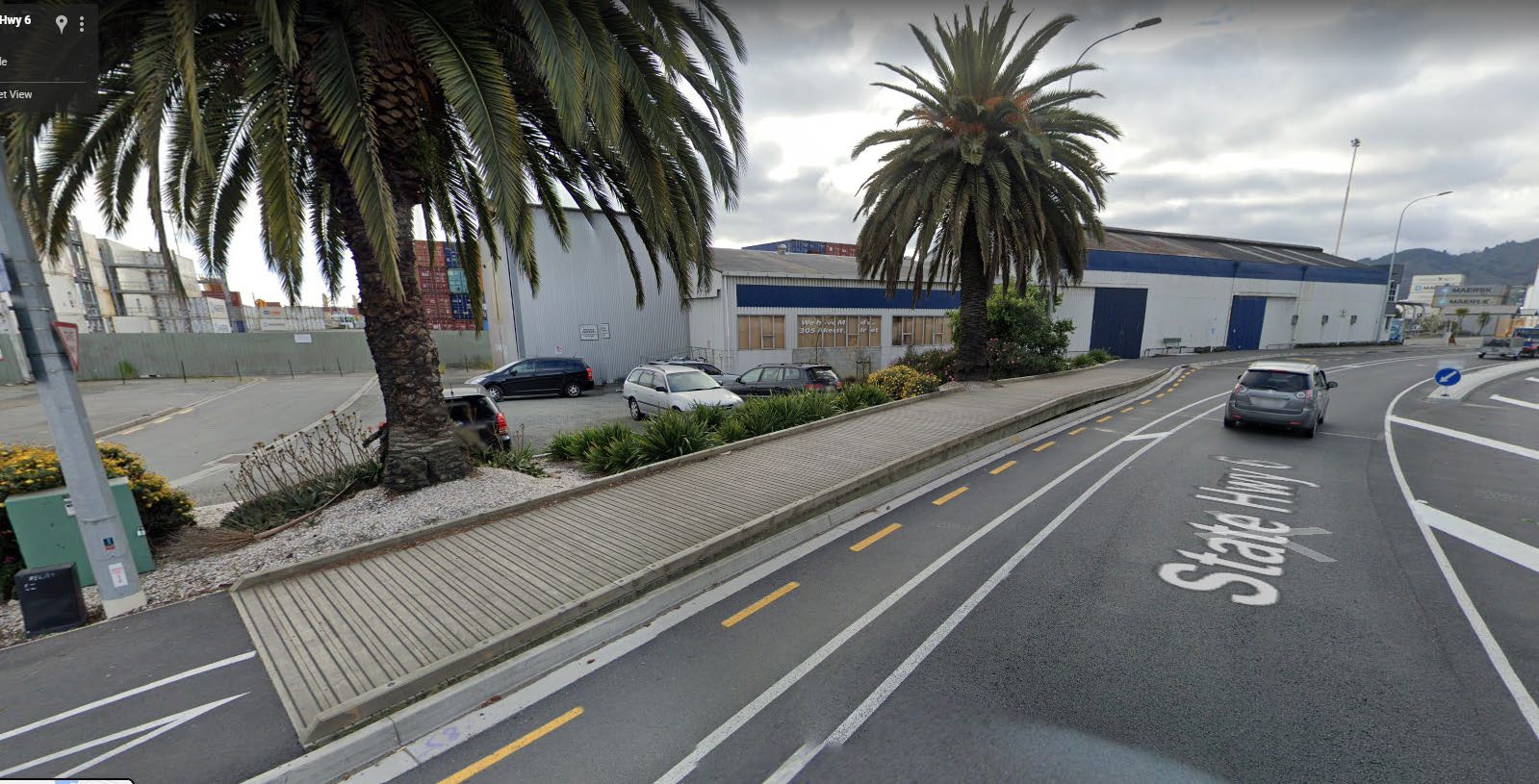 The new pedestrian crossing layout and speed cushions at the Waterloo intersection will remain in place for the second phase of the trial.

The pop-up park on Birch Street will also stay in place for the next phase. It’s the ‘home’ of the project and a place to stay informed about what’s coming up and how you can give feedback.